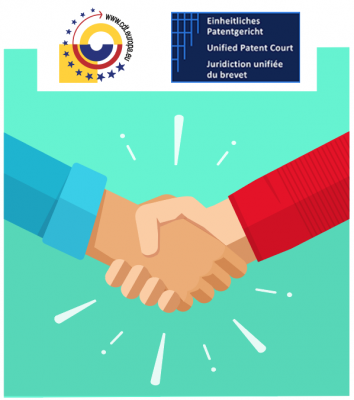 We are pleased to announce that the Translation Centre has recently signed a cooperation arrangement with the Unified Patent Court (UPC), thereby bringing the Centre’s client portfolio to 70 clients.

The UPC is a court common to the Contracting Member States and thus part of their judicial system. On matters of Union Law, the Court of Justice of the European Union ensures its primacy and respect by way of preliminary rulings. Contracting Member States are EU Member States having ratified the UPC Agreement. At the moment, 16 EU Member States have ratified the Agreement, which will enter into force when Germany deposits its instrument of ratification. It will be the case when Member States are satisfied that the UPC will be fully operational at entry into force of the Agreement. Currently, these final preparations are under way in a period of provisional application of the UPC Agreement. It is expected that the Court will open at the beginning of next year at the latest.

The UPC will thus constitute a cornerstone of the centralised European patent system, within the framework of which it will cooperate closely with the European Patent Office based in Munich (Germany).

The UPC will consist of a Court of First Instance (with a central division located in Paris, a section in Munich, and local and regional divisions in Contracting Member States), as well as a Court of Appeal and a Registry based in Luxembourg. A Patent Arbitration and Mediation Centre with seats in Ljubljana and Lisbon is also planned, along with a Training Centre in Budapest.

The Translation Centre can look back on long-standing experience in translating texts in the field of intellectual property and legal texts in general, and is thus very much looking forward to cooperating with the UPC to help it fulfil its important new mandate.

More information on the UPC is available here.