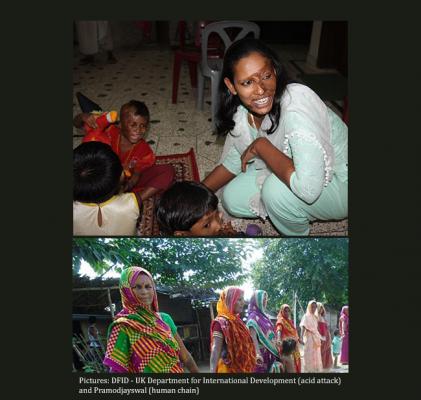 Helping to promote and protect women’s rights is the mission of several EU agencies we work for. Last year, to celebrate International Women’s Day, we focused on the terminological resources we prepared for the European Institute for Gender Equality and the Fundamental Rights Agency (see our article on ‘Empowering gender equality through words’*). This year, building on our efforts to create synergies between gender equality, multilingualism and terminology, we want to cast a spotlight on the work done in collaboration with the European Union Agency for Asylum (EUAA, formerly EASO).
Body

The EUAA develops and supports high-quality training courses based on identified needs in order to assist EU Member States in the implementation of the Common European Asylum System. The EUAA provides training to staff of national administrations, courts and tribunals, and of national authorities responsible for asylum and reception to harmonise and improve practices.

The European Asylum Curriculum consists of training modules developed in English that cover several aspects of international protection, starting with foundation and introductory modules covering cross-cutting topics and issues, such as an introduction to the legal framework, communication skills, vulnerable groups, and interpreting in the asylum context. Specifically on vulnerable groups, the curriculum includes modules on trafficking in human beings, interviewing vulnerable persons, such as ill-treated women, victims of gender-based violence and SOGIESC (sexual orientation, gender identity, gender expression and sex characteristics).
Most of these training modules are translated into EU and non-EU languages so that national asylum authorities can deliver training in their mother tongue. In light of this, the EUAA embarked on an ambitious terminology project, in cooperation with the Translation Centre, covering key terms from the European Asylum Curriculum. As a result, over 300 terms were translated into all EU languages, plus Arabic and Turkish.

The translated terms were then discussed by the national authorities of each Member State. Once validated by EUAA in-house experts and CdT terminologists, all languages will be made available in IATE, the EU’s main terminology database. These terms will enable training module authors, national subject matter experts, translators, journalists and the general public to access information in their native language, thereby ensuring consistency and facilitating the further implementation of the Common European Asylum System.

Asylum and reception officials must be familiar not only with these terms, but also with their definitions. Some of the terms in this collection are related to the brutal reality ill-treated women face in asylum, such as:

On the occasion of International Women’s Day 2022, we pay tribute to asylum and reception officials who endeavour to defend women’s rights. We are glad to be by their side, providing them with the right terms to use in their respective countries and languages.