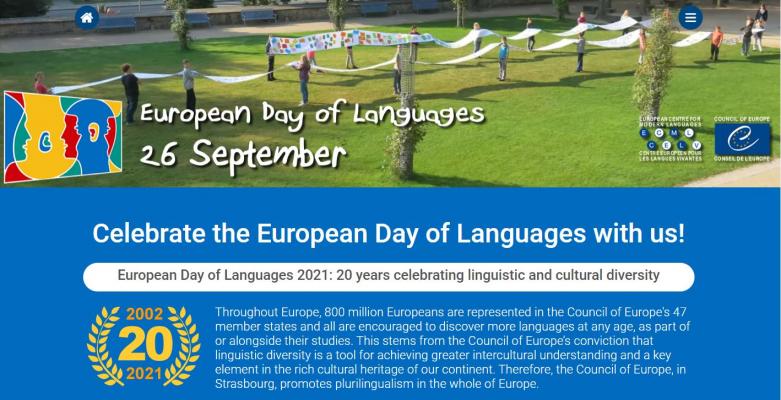 Discover the European Day of Languages’ website, hosted by the Council of Europe. Available in 41 languages, it provides a lot of information on the promotion of multilingualism. You can find on the website details of almost 600 events being held this year to celebrate language diversity. There is also a very interesting tool to help you assess your level of proficiency in the languages you know according to six reference levels described in the Common European Framework of Reference for Languages (CEFR).

On 24-25 September, the European Parliament will hold its Multilingualism Day, which celebrates European Day of Languages and the International Translation Day (30 September). Organised online by the translation, interpretation and communication services of the European Parliament, the event is a great opportunity to meet some of the Parliament’s translators and interpreters, learn about their work and see what it takes to operate in a multilingual environment.

As every year, the European Commission has compiled a list of events taking place in the European Union as part of the European Day of Languages. It has also prepared a special poster, this time with the slogan ‘Make your voice heard’ from the Conference on the Future of Europe translated into all the official EU languages. On its social media accounts dedicated to translation, it is running a special campaign dedicated to the European Day of Languages (#EDlangs): have a look at the ‘Translating for Europe’ Facebook page and Instagram account as well as on Twitter (‘Translatores’).